In just about a decade and a half, advanced statistical analysis in sports went from being a hobby for a few outsiders to an experiment for a few teams to an integral cog in the North American sports machine.

Professional sports teams employ statisticians (sometimes teams of them) to attempt to gain an edge on opponents, entire websites are dedicated to looking at different sports through a statistical lens and, in many cases, journalists have been forced to learn more about the subject.

But what about fans? Where would a person who knew nothing of the basic concepts surrounding advanced statistical (which I’ll also refer to as analytics) even start to learn about the subject if they were interested?

There’s some resources on the internet designed to teach users about advanced stats but they tend to cater to people interested in learning about one sports or people who already have a base in the subject. Thus, I’ve decided to create a guide to getting into advanced statistical analysis in the form of the 10-part series. This will serve as my senior capstone, but I hope for it to be more than that. My goal is to create a lasting guide for people looking to learn more about the subject.

The goal of advanced statistical analysis is simple: to learn more about sports. On a more specific level, the use of new-age stats is intended to help better predict future performance. For example, say a baseball player is hitting far better in the first two months of a season than he has throughout his career (we’ll get into the details of these types of things in a later post). Advanced stats can give us a clearer picture of whether that player is due to regress (move toward the mean – in this case, his career averages) or whether he’s improved as a player. Meanwhile the study of historical trends can tell us if that player is at an age where he should be improving. Or if the reverse was true, the age where he should be declining.

Great examples of analytics giving those who study it an upper hand in the knowledge department happen all the time. A great one occurred/is occurring this NHL season. The key to most advanced stat hockey analysis relates to puck possession. It’s fairly simple – teams that attempt more shots than their opponents tend to win more. Last season, the Colorado Avalanche won their division despite bad underlying possession numbers. Meanwhile, the New York Islanders finished near the bottom of the league despite decent possession numbers because of injuries and terrible goaltending.

In the offseason, the Avalanche didn’t make any significant changes to get better (some would argue they got worse) while the Islanders signed a better goalie and some players who consistently posted good possession numbers. Despite this, many mainstream media members and armchair analysts expected Colorado to contend and New York to struggle.

Nearly two-thirds of the way through the season, the Islanders are competing for a division title while the Avalanche are struggling to remain in the playoff race.

Examples like these can be found multiples every year in the four major North American professional sports. That, more than any other reason, is why the use of analytics spread so quickly – because with the right minds evaluating the numbers – it works.

The advanced stats community faced/faced fierce opposition to its ideas quite often. This partially stems from a misunderstanding of the point of using advanced numbers. Analytics aren’t meant to supplement tradition scouting or “eyeball tests”, but complement it. No statistician worth his salt would tell you that you can learn anything from numbers that you would take from watching a game.

But analytics aren’t some convoluted idea separate from the games themselves. Statistics are a log of what’s occurred on the field, ice or diamond. Advanced stats are just a better log.

Additionally, advanced stats aren’t just for people who majored in math in college. I promise the concepts are simple enough for mostly anyone to garner a basic understanding of them.

In coming posts I will give detailed explanations on how advanced stats are used in different sports, post interviews with sports journalists who have had to adapt to the use of advanced stats, cover issues surrounding the subject and give a preview of what might be ahead.

If you’re interested in learning more about advanced statistical analysis, at least one piece will appear on this website every Friday afternoon for the next 10 weeks. I hope you enjoy. 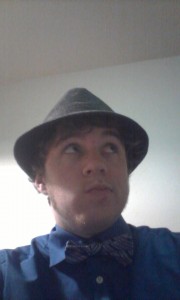