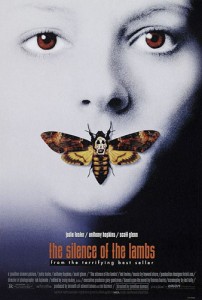 I went into Silence of the Lambs with few expectations, and that was the best way to do it. Most of all I was surprised with how well I handled most of this. Since everything revolved around capturing a murderer, it felt like one giant episode of Law & Order SVU. You’re lying to yourself if you don’t love binge watching that show.

Everyone gave a solid performance in their own right. Jodi Foster as Clarice Starling has instantly become one of my favorite heroines of all time. I really liked her character’s balance of strength and vulnerability throughout the film. The more you get to know her and witness her relationship with Hannibal Lector unfold, the more you cheer for Clarice’s triumph.

Anthony Hopkins as Hannibal Lector and Ted Levine as Jame Gumb aka Buffalo Bill (Side note - how did Buffalo Bills fans in the ‘90s take to this? I mean the poor Bills have enough shit to worry about, just another thing to add to the list) Not sure why, but before watching this I assumed Hannibal Lector was the sole crazy man in this flick.

Not to say that he doesn’t have his fair share of crazy, because I’m sure everyone knows that Buffalo Bill had enough crazy for everyone in this movie. These two obviously shared an appetite for flesh, but they were both deliciously creepy in their own way. However I felt that Hannibal truly wanted to help Clarice. Maybe he’s not all that bad, just into some pretty bad stuff. 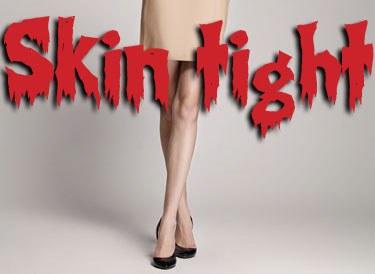 These are the scenes that brought me back to reality and reminded me that this wasn’t another episode of Law & Order SVU:

“Semen scene” - Interesting way to set the vibe for the whole movie, it set a very intense and disturbing tone. I was horrified when that insane prisoner flung semen at Clarice. My feminist feels were tingling, she handled that situation way better than I ever could’ve. If that happened to, me raising hell about that situation could’ve been a whole separate movie. “Silence of the Perverted Prison Asshole” coming to theaters in 2015.

“The van scene” - Okay, this one was very crime show-esque but it still made me jump. To be honest, I probably would’ve tried to help a disabled stranger too. It’s frightening to think that doing a good deed could lead to getting kidnapped and tortured. I know this sounds awful but I’m going to think a little more carefully any time a stranger needs help, especially in the middle of the night.

“Victim photos” - This is the stuff you don’t get to see on TV, for good reason. Gruesome with a capital G. For those of you who are True Detective fans, these harsh details kind of brought me back to that. I don’t even want to imagine being skinned alive, speaking of which…

“Skin suit” - Ohhhhh nope this is the part of the movie that I didn’t expect at all and wish didn’t happen. Like there’s murder, and there’s torture, but this was just a weirder side to both of these. Perhaps when it comes to committing a crime, you can’t always see it in black and white. There’s a whole rainbow of terrifying things that people can do to one another. I’m all for people wanting to feel comfortable with who they want to be but this was insanely disturbing, especially when there are so many legal less traumatizing ways to get in touch with the opposite gender.

“That dance scene” - The first time I saw this referenced in pop culture was during a Family Guy episode. I couldn’t stop thinking about Chris Griffin the entire time which made it a little bearable to watch. Possibly this scene was more on the creepy-silly side as opposed to creepy-crazy. As strange as it was to watch, it was an important glimpse into this criminal’s mind.

“Clarice on her own” - Might’ve actually screamed at my computer when I realized she was cracking down on this criminal all by herself. The scenes leading up to Clarice capturing Buffalo Bill were intense to say the least. Seeing her through his eyes in night vision helped amplify the suspense. There’s no way this would happen on TV or in real life! The fact that she managed to do it anyways made me love her more.

“Hannibal escapes” - Just watching him in action was crazy enough within itself. Actually seeing someone get their face eaten off was scary to say the least. But what freaked me out the most was when Hannibal disguised himself with someone else’s flesh in order to escape. Not only is that incredibly ingenious, it’s downright psychotic. From now on, I can’t hear the words “skin tight” used to describe clothing without cringing a little.