To the internet’s delight, Taylor Swift recently released the music video of her second single from her latest album, 1989. “Blank Space” has over nine million views on YouTube in just one day. But does it live up to the hype? Below, The High Screen staff shares their reactions.

Even though I like to tell everyone that T-Swift is my height, I have never payed much attention to her music. Between the crazy fans, E News and her own music, it’s not like her life is a secret. But Swift’s grace when handling the romance rumors and crap people talk about her is admirable. With _1989 _she has taken this up a notch by directly addressing the tormenting rumors and maddening memes.

With “Shake It Off” she told us to keep making GIF’s of her bad dancing skills, that don’t phase her. Now this video over here is gold. She knows that everyone thinks she’s a crazy dating menace, so she gave us what we wanted to see — and it looks stunning. First, _diablo _that male model is fine, to the point where as I was watching the video with my sister, my mom came over and exclaimed (in Spanish), “I just hope he’s not gay, the ones that look like that are always gay” and “I’ve done that before” when Swift destroyed his wardrobe. Second, the shot where she is on the floor by the fire, mascara running and all, makes a strong case for bringing back animal print dresses.

Yes, Taylor does look like a daydream but it is the gutsy transition from sweet country star to bad ass that should keep people talking. Hopefully we (the media) can move on from her personal life. Here’s to wishful thinking. 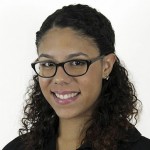 Now I won’t exaggerate and call myself a Taylor Swift hater but she’s just not my type. But to be honest, Tay-Tay’s not doing too badly for herself right now. Taylor Swift has literally been putting music out every other year and it’s paying dividends. Even though she started in the fifth dimension of music (country), she’s pushed the limits to become a dynamic artist and even I can’t deny it.

There’s something I can’t help but notice: It seems like Taylor Swift is actually having fun. “Shake It Off” was essentially a high school pep-rally and “Blank Space” is actually a pretty funny caricature of the up’s and down’s that are Taylor’s see-through love life.

It should be noted that there was some “Trapped In The Closet” style sing talking/acting in this video — and I LOVED it. I felt like Taylor Swift was trying her best shot at Daisy Buchanan and she actually hits it. The indulgent story-style music video really brings out a lot of personality and, frankly, I’m rethinking my first statement. Our break-up song could be called “Coco at Night,” just sayin’.

“Blank Space” and “Shake It Off” are the only songs I’ve heard from 1989 because Little Miss Swift is too cool for Spotify. If the rest of the album is this sassy and catchy, I might fork over the $12.99. From the fancy man candy, to Taylor’s luxurious wardrobe, and everything else in between, “Blank Space” is absolutely dreamy. All of the pretty things didn’t distract me from how hilarious this song is.

I’m very torn between how I feel about T-Swizzle the human being. I love her music, but I wouldn’t be surprised if she is a crazy girlfriend. If we were best friends in real life (and not just in my mind), I imagine many sleepovers in her NYC loft, eating Ben & Jerry’s, wearing matching onesie pajamas and listening to her stories — where she’s clearly the crazy one but swears “it’s, like, totally him, not me.” I’ll just nod and agree because I don’t want Taylor Swift to stop loving me either.

Anyway, I’m loving “Blank Space,” its video, and Sassy Swift, even if she won’t invite me over for sleepovers and boy gossip. Totally her loss; maybe I’ll write an album about it.

There are two ways to watch this music video. The first is to simply marvel at Taylor Swift — her outfits, her mouth-wide-open acting, her mischievous interactions with apples and cakes — and appreciate her frog-to-prince transformation from gawky little girl singing country songs to bubblicious-flavored Mega Goddess.

Swift has never been so grandiose as an artist, and leaving the country girl archetype behind on 1989, it’s safe to say, has proven to be more intelligent than risky. She was a superstar as far back as when we caught her crying onto her guitar, sure, but the liberation process that began with a red-hot song about falling for troublemakers and peaked with a silly-yet-controversial music video viewed more than 290 million times on YouTube has equated to Taylor Swift becoming the largest force in popular music — and apparently the last samurai of the platinum record.

But allow yourself to view this video as Swift-making-art — STOP LAUGHING — and you’ll see “Blank Space” as her “Paparazzi.”

If Red was Swift dipping her feet in the water before jumping into a full-on pop record, 1989 is her escape from the conventional traps of her teenage persona. (Another essay for another day.) Part of that persona, of course, was Swift as “the good girl who can’t make them stay” — a drum that she beats again, again and again on her new album. Finally free from the imagined twang of mainstream country stardom, and allowed to make music about her actual life, “Blank Space” is a tense, self-aware mockery of what so many people would like to believe she is.

The choice for Swift to mouth the lyrics of the song from beginning to end, while her male counterpart remains absently handsome, is particularly revealing. Her entire career, however successful she has been, has come at the price of being laughed at from afar — propped up as a gadget of genre and gossip. Now she gets to tell the jokes — her tongue firmly pressing against her cheek each time the pen clicks during the song’s catchy-as-hell refrain — and the world is laughing with her.

The coolest part? I believe that for the first time in Swift’s career, she doesn’t really care whether we are laughing at all. She’s shaking, rapping Kendrick Lamar lyrics and selling music she actually enjoys making. Perhaps she’s finally made it out of the woods after all.