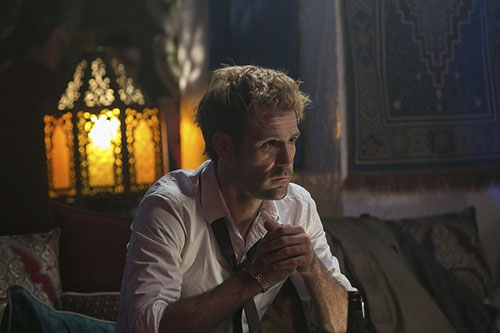 Warning: Spoilers of the fourth episode of Constantine below

With another week under its belt and another mystery down, Constantine is settling further into its niche of shocking images and creative displays of supernatural drama.

The thing is, nothing is really happening. Each week brings the story forward but it’s at a snail’s pace and there are other plot points this show could really benefit from following.

One of the strongest aspects of the show comes from the main character himself. John’s past is riddled with goodies and I mean it, riddled. From the first episode we’re shown insights into John’s life that are too interesting to let go. At the core of all this is Newcastle, one of and if not the most interesting gems this show has given us.

For those who don’t know, something terrible happened at Newcastle and it wasn’t just bad it was catastrophic. The result of this night ended up being the loss of two souls, one belonging to John and the other to Astra, the daughter of John’s colleague.

This episode probably brings the Newcastle event to the forefront with the strongest tie to the actual plot. Another one of John’s friends, Gary Lester, comes in to town with what he thinks is a terrible demon but it turns out to be much more than that. The episode put Constantine in a strange place. The subject matter was honestly dark and that’s considering the graphic scenes Constantine has made its calling card. Using addiction and regret, they framed the truly harsh scenario that was trying to save Astra’s soul.

Gary’s character was interesting, he was damaged in the same way Constantine is but seemed utterly without hope. The thing is, he still followed John into Newcastle. Why wasn’t this in an earlier episode? Given the timeline of the show, the earliest this could have occurred was in the third episode because Zedd isn’t introduced until the second episode.

Yes, you could argue that you had to develop John and explain his situation…but the pilot did that well enough. Constantine literally hasn’t been developed since episode one. These characters work like “foils” for John. A foil character highlights different parts of characters and offers a contrast through interaction. Gary and John’s relationship is complex but for the first time we’re shown John had a strange role in his group of friends. John might have called them a group but according to Gary he was a part of his following. This push and pull or foil has been happening with John and Zedd, Chas and even Jasper’s Ghost.

“A Feast of Friends” deviated from the tone of episodes past. Gary and John reunite and it almost seems like things are going to end perfectly, then it doesn’t. The ending doesn’t set anything in stone so it’s up to you to decide how you feel about it. We all know John says he does what is necessary but it seems like there isn’t a limit as to what that means.