It’s hard to put into words exactly how I felt after seeing American Sniper. I left the theater in a state of semi-shock trying to absorb/rationalize everything I had seen. If nothing else, American Sniper elicits an emotional response from the viewer like few other films can. This ability to force empathy doesn’t come from the scripts narrative strengths, but instead rests solely on the shoulders of star Bradley Cooper. While the film is faulted, Cooper’s performance is unquestioningly award worthy.

In an industry of over saturated with films depicting soldiers at war, a well told, modern, Middle Eastern war movie still feels original and fresh. The generations of the 1900’s are defined by the war that they lived through; whether it was a World War or the venture to Vietnam, war used to be something that united our nation, in some manner, and took front row in all forms of media. It was impossible to live through those times without thinking that every aspect of daily life was in some way influenced by the conflicts overseas. The War on Terror, while initially dramatic in its effects on U.S. life, has faded to the background of our culture and is now rarely heard of in normal conversation. The differences in the cultural and daily impact of war on our nation now, compared to the past wars, is drastic.

This change in perception of war is what adds to the dramatic nature and emotional impact that American Sniper has on the viewer. While the war in the Middle East doesn’t bleed over into American culture the same way wars of the past did, American Sniper brings the horrors of war to the viewer, giving them a new level of appreciation for what has been happening. Ultimately that is what Clint Eastwood is trying to achieve; American Sniper is a tribute and thank you to the soldiers overseas acknowledging both the mental and physical trials that they have been enduring. 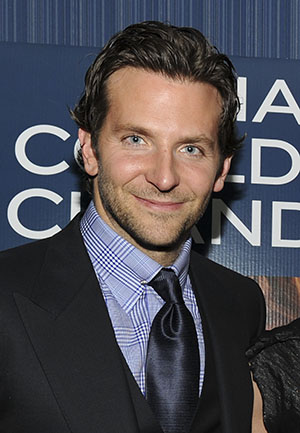 American Sniper hits all of the right notes without ever pushing the boundaries. The film creates a likable hero that struggles through adversary, but clearly draws the line on good and evil. There is a thin veil of grey in American Sniper that is never fully fleshed out or explored. This holds the movie back from being something truly special.

Bradley Cooper is extraordinary; as mentioned above, his performance carries the otherwise simplistic narrative and is the singular reason this movie is great rather than just good. Stretching the course of solider Chris Kyle’s life, Cooper successfully captures every different emotional pallet. Doing what he does best, Cooper begins young, energetic and charismatic quickly winning over the opinion and trust of the crowd. This aroma carries with the character into his first tour of duty when the soldier is finally tested. By quickly and successfully winning over the audience early on, the film is then able to show the characters decent into darkness without isolating Cooper. The audience is empathetic toward the character throughout the entire movie, and is actively rooting for the character even at his low moments.

This is less impressive though because the audience is never really tested. Cooper’s character finds his fair share of struggles handling PTSD and adjusting to civilian life, but he never acts in a way that pushes the audience away. It’s easy to feel bad for Cooper because we see him struggle to connect with his family, or watch him panic in everyday life, but all of this build up is for nothing. Cooper quickly recovers from his symptoms and is able to readjust to life at home, without there ever being a moment where the audience wasn’t on his side. All of that in mind, Cooper’s ability to portray paranoia, fear, panic and his flashes of regret and anger lead to a compelling character that is easy to support and feel empathetic for.

Everything surrounding Cooper is immersive though unremarkable; the secondary characters, setting and action all do their part without ever standing out. The cast of supporting actors are recycled military movie tropes — the sobbing wife, the man who questions what everyone is fighting for, the solider who is nervous to purpose to his girlfriend back home — with few that transcend their roles. Cooper’s brother Jeff Kyle (portrayed by Keir O’Donnell) is there to show weakness and how certain men aren’t meant for war, but it’s confusing for the viewer because of how infrequently he is shown throughout the movie. The character becomes almost forgotten an hour into the movie, and then reappears only to disappear again. Luke Grims does a good job throughout the movie as friend and fellow solider Marc Lee, but the character is given a dramatic change of heart that feels neither earned nor necessary. Very suddenly everything the audience thought they knew about this character changes, and there was no indication leading up to that point making it arbitrary and ultimately forgettable.

Eastwood certainly gives us a fully developed world. The movie features Cooper’s family, supportive soldiers/ friends, and war veterans — though none of these characters garner much screen time or development. The villains of the film are written fairly straight forward; much of American Snipers’ conflict plays out like a classic Western between Kyle and a collection of bad guys, namely his rival sniper Mustafa. The Butcher, a primary terrorist target, is shown torturing children and thus easy to root against. His name brings about fear through other characters in an attempt to make up for this lack of screen time.

There was a lot of potential with the Mustafa character in terms of developing something more interesting. The film shows brief glimpses of the character as an actual person (not just an evil killing machine) such as his life as an Olympic athlete, a wife and family, but the character never speaks a word and these small touches don’t go far enough to make the audience empathetic to the character; he’s essentially an object, something for Kyle to mow down for the good of the nation. It would have been really engaging to identify with the struggle of our primary villain as he fought for his country the same way Cooper fought.

Ultimately, it’s this fear to explore murky waters that holds back Eastwood’s film. Almost all Middle Eastern characters in this movie are shown as terrorists, helping the terrorists or as civilian bombers. The only exception is a family that is killed off by the butcher early on in the film. As a result, it’s good against evil and the audience isn’t phased or alarmed when it’s said that Cooper has killed over 150 people. The audience feels that each kill was justified because the movie never shows good innocent people, only murders and enemies.

The setting and action are noteworthy only because they never take the viewer out of the movie. The Middle Eastern setting is fully developed and well crafted, though it’s something that doesn’t impress the viewer, only something that could have disappointed if it was done wrong. Along those lines the gun fire and explosions are run of the mill action quality, nothing extraordinary. The final action set piece stands out because of large incoming sandstorm; the choice to cover the action and character in the chaos of the storm was a risky move, but pays off, one of the more fascinating choices Eastwood made. The viewer finds themselves confused and wondering what’s happening, the exact emotion Eastwood wanted to achieve and what our character would have been going through.

What the movie does very well rests in Cooper’s emotional responses to his actions in combat; watching Cooper filled with regret, fear and panic get the viewer on the edge of their seat, and immersed in the firefights, something that wouldn’t have been achieved without his caliber of acting. But by abstaining to add any political context to the conflict, or expand any of the scenes at home long enough to add depth to its secondary characters, American Sniper comes off as too afraid to risk anywhere near as much as our men and woman in uniform do.