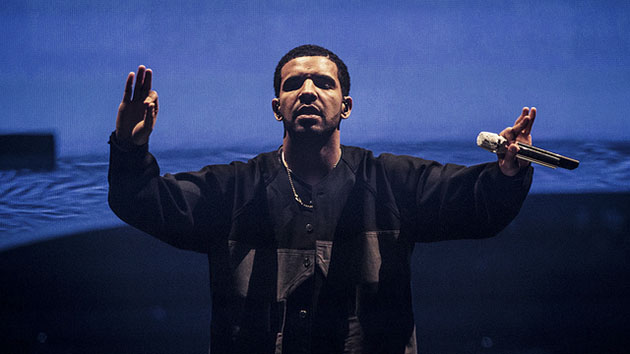 Drake has been a social network phantom for some time now. His presence is significant and his appearances are sparse.  So on Thursday, when Drake dropped Jungle, his ultra-personal and hazy short film, it was safe to say that he’d be on our minds, on a weekend, I might add that happens to be NBA All-Star Weekend.

The most ominous thing about that day wasn’t the short film, which is saying something, it was the second link Drake tweeted. Maybe the timing influenced him, perhaps it was a plan established last year or it’s possible Drake decided to do whatever he liked. No matter what the reason, I ain’t mad.

If You’re Reading This It’s Too Late _is a lot of things depending on who you ask. To Cash Money, it’s Drake’s fourth studio album; Young Money considers it his second EP, while OVO sound sees this as a mixtape. The fact that remains is no matter what you call it, you have to respect it. Based on its release format, _If You’re Reading This will probably go down as an album and, if that’s so, the rest of 2015 is going to be held to a high standard.

One of Drake’s strengths is his ability to build a sense of momentum going into each of his pieces of work. This album is no different and could be the best example of this talent. In October 2014, most fans were interested in the sentiment Drake was approaching his music with after hearing “6 God” which was released with two other tracks. Though just “6 God” made the cut for this project, you can hear traces of those songs and their sentiment on If You’re Reading This.

Drake’s confidence is at an all-time high and, in a way that’s almost exclusive to Drake, it’s clear he’s probably at his most vulnerable. _If You’re Reading This It’s Too Late _is almost like a nostalgia trip that’s been injected with the essence of what it’s exploring. Drake’s passion for his city is shaping its sound. The album focuses on themes that admittedly are frequently visited in Drake’s music but it’s with an extreme shift to what’s shaped him and the city he now resides over.

The album energy is almost unstoppable at times. The track “Know Yourself” is the perfect cut to personify Drake’s attitude on this album. Drake raps, “I was runnin through the 6 with my woes / You know how that shit go,” and on “No Tellin” he proceeds to declare it open season rapping the lines: “You pick the casket, I’ll put the nail through it/ I ain’t gotta do it, but fuck it someone gotta do it/ Hate if someone else did it, fuck, I may as well do it.”

Where Nothing Was the Same celebrated the success that was enveloping Drake at that moment, If You’re Reading This seems reflective despite being completely present. This raises the question, how far ago was this planned? Drake is clearly convinced that others think they can take his crown but that might be the result of a moment past. No one can deny the only moment Drake was doubted came in his long absence of 2014, but if he announced Views From the 6 in July, than it’s completely plausible he immediately began working on the content that would become this release.

This album represents a doubling down. Drake’s beginning to distance himself from everything — his contract with Cash Money is irrelevant since OVO Sound is secured through Warner Bros. Records; he has no need to solicit features; and he’s been appointed ambassador of his city. Drake’s aware that these could be his golden years and he isn’t shying away from his moment.