Dreams really do come true. Wow let’s just hope we can see Wolverine join the Avengers in the near future. Is that being too greedy? I don’t think so — and neither does Hugh Jackman, who said he wanted to play Wolverine until he died.

What does this deal mean for the companies and franchises though? In the big picture it means that Sony will continue to own, finance and distribute all Spider-Man movies, but Spider-Man will officially be a part of the Avengers team, popping up throughout the Marvel Cinematic Universe. Let’s unpack that: Sony is now rebooting Spider-Man for the third time in the last 20 years, sorry Andrew Garfield.

It’s very sad to see Andrew leave the role of Peter Parker as he was, in my humble opinion, the best Spiderman yet on the big screen. Garfield represented the cocky, sarcastic and fun Peter Parker that Tobey Maguire failed to deliver; his performance was without a doubt the best part of the Amazing Spider-Man films. Sony and Marvel will be recasting Peter Parker as a much younger high school iteration for the new movies. (Sorry Donald Glover!) 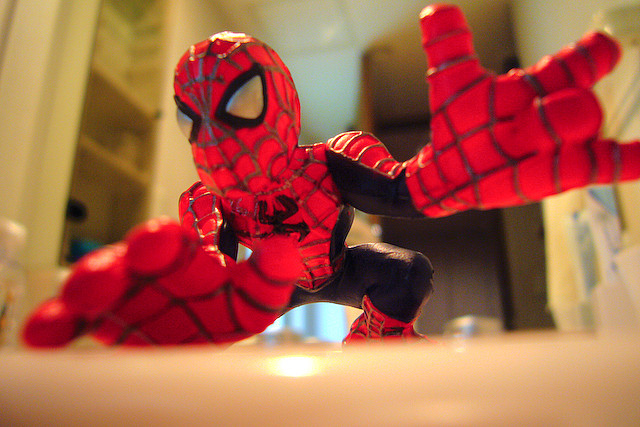 Spiderman (Photo provided by [cipher] )[/caption]This new Spider-Man will first appear in Captain America: Civil War, which is going to introduce a story line that pits the Avengers against each other. In the movie, Iron Man and Captain America will be fighting each other over the superhero registration act (a bill forcing all superhero’s to reveal their secret identity). In this story, Spider-Man is the first hero to step forward and reveal his identity to the world. By making this deal, Marvel gets Spider-Man for the movie and will have him for future Avengers movies.

While Marvel has Spider-Man jumping in and out of the Marvel Cinematic Universe, Sony will be rebooting him. Marvel will borrow the new actor of Spider-Man and incorporate him into the Avengers movies and Sony will continue to develop new Spider-Man individual movies. The status of the Spider-Man universe (Sinster Six, Aunt May movie, Female Heroin movie) is all up in the air right now but Sony will be creating new individual Spider-Man movies for years to come.

So in the end, Marvel and Sony will still make separate movies, they will just be in the same universe and Kevin Feige will work with Sony to make sure that their Spider-Man movies aren’t creating any plot holes. Spider-Man will be rebooted once again, and his first appearance will be in Captain America: Civil War with his own solo movie to be released in 2017.

It makes sense that they would want to distance themselves from Peter Parker after having just released The Amazing Spider-Man 2, and Miles Morales does this while also being a fan favorite. (Donald Glover, welcome to the mix!)

So its official, Spider-Man is joining the Avengers and the Marvel Universe. It is sad to see Garfield hang up the suit before his time, and it is frustrating to have Spider-Man rebooted for the third time in 15 years. Those issues aside, the Amazing Spider-Man movies struggled with their villains and overarching plot, and Marvel has a near perfect track record as of late. It’s hard not to be happy to see Spider-Man alongside Captain America and Iron Man, and this is sure to signal great things on the horizon for your friendly neighborhood web-slinger.