Wait. Am I honestly about to ask you to have sympathy for one of the most successful people on this planet? The man who’s married to her. The man who promotes these. The man who had this haircut. Yes, yes and yes.

Maybe we should have looked more into Tom Brady posting his old resume online a few weeks back. His football resume would certainly land him more than a few interviews: five trips to the big dance, providing New England with its first, second and third Lombardi, two Super Bowl MVP awards, two league MVP awards, nine pro bowls, the most playoff starts and wins in NFL history, and countless Patriot records. 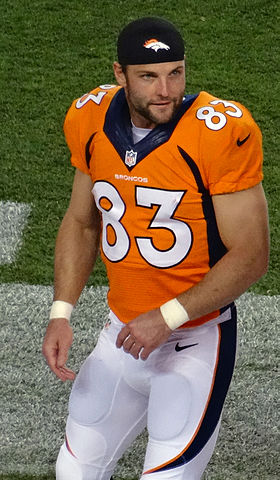 After all that, Brady goes out and takes a “pay cut” by accepting a 3-year $27 million dollar contract following the 2012 season. Pay cut may be an inaccurate term as Brady is guaranteed at the minimum $33 million, but the bottom line is his maximum cap hit through the duration of his contract from now until it expires is $15,000.

Consider the following: every team can devote $133 million to contracts each season. Brady average cap hit for his deal is $14.12. In 2014, 11 quarterbacks will cost their teams more than that, including Sam Bradford.

How did the Pats repay him for agreeing to such a contract? They let his favorite wide receiver, Wes Welker waltz into free agency. His replacement, Danny Amendola, a player the Patriots thought comparable to Welker, has just ten targets through five games in 2014. In his five previous seasons, he’s played an average of less than 11 games a year. Injuries limited him to 12 games in his first season with New England last year. Welker’s shoes haven’t just been left empty, they’re doing a the “F-U two step” in wake of his divorce with the Patriots.

It doesn’t end there. Since drafting Rob Gronkowski (and Aaron Hernandez) in 2010, the team’s plan to equip an aging superstar with the NFL equivalent of fluffy orthopedics has been more like tossing your loving grandfather a cane of thorns. 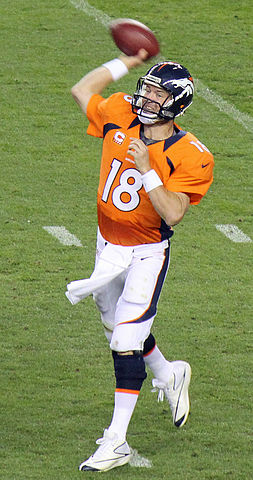 Which Pro Bowl Receiver should I throw to this time Tom? (Photo: Jeffrey Beall)[/caption]

Romo and Phil Rivers have been supplied with players like Demaryius Thomas, Odell Beckham, and Dez Bryant and Keenan Allen, Brady has been handed…Aaron Dobson. Sure Gronk was a find, but out of the 20 picks the Patriots have had in the top three rounds since 2010, they’ve taken two receivers and one tight end. Aaron Dobson, Taylor Price and Rob Gronkowski. Under Bill Belichik, the Patriots have made it a point to trade down and stockpile picks so as to increase the odds of hitting on a few of them. But as the old adage goes; quality over quantity.

The Patriots traded down when Demaryius Thomas and Dez Bryant were still available in 2010. Was wide receiver a primary need with Randy Moss and Wes Welker on the roster? Not quite, but Welker’s contract wasn’t assured beyond 2012, and Randy Moss was 33. Moss was subsequently traded just four games into the season.

In 2011 the Patriots passed on Torrey Smith four times before he was taken by the Ravens 58th overall. There was also this laughable attempt at duplicating the success of the trade that brought them Randy Moss back in 2007.

In 2012, with no contract extension on the table for Wes Welker, the Pats traded up twice, grabbing two linebackers and letting Alshon Jeffrey slide to the Bears at 45.

In 2013, with Welker gone, the oft-injured Amendola in tow, and previously unproven Julian Edelman eventually assuming the role as starter, the Patriots traded out of the 28th pick with Minnesota who turned the pick into play-making wide out Cordarrelle Patterson.

Not blind to the major hole in their roster, the Pats did make the move to draft Aaron Dobson. Though he’s been a bust to this point they at least deserve a bit of credit for addressing a need. That said, Dobson was selected while Keenan Allen and Terrence Williams, now two blossoming stars, were still on the board. Both receivers were gone by the time the Pats two third round picks rolled around. They added Josh Boyce in the fourth as an attempted consolation, but he’s been largely inactive in his young career. Undrafted free agent Kenbrell Thompkins made a few waves in training camp and scored four touchdowns in his rookie campaign but was just waived and claimed by the Raiders. 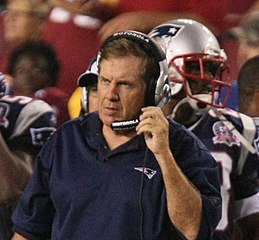 Entering 2014, the organization understandably didn’t want to throw in the towel on their multiple 2013 investments, but following a season where only one receiver-Julian Edelman-broke 1,000 yards receiving and five touchdowns, this team still needs help. Seventh-rounder Jeremy Gallon didn’t make the team and the receiving corps-with the exceptions of Edelman and a finally healthy Gronkowski-look no better than they did a year ago.

Even more puzzling was the trade of stalwart offensive lineman Logan Mankins to the Buccaneers for a future fourth-round pick and tight end Tim Wright, who up until recently had the same value to their organization as a ham sandwich. Rookies have attempted to fill Mankins’ cleats, but the results (their blowout win over Cincinnati not withstanding) have largely been mediocre.

On top of it all, the Patriots have taken two separate jabs at drafting Brady’s replacement; Ryan Mallett in third round of 2011, and Eastern Illinois quarterback Jimmy Garoppolo in the second round of this past draft. Now can we blame the Patriots for preparing for the nearing date of Brady’s departure? Not really; but that justifies the selection of Jimmy G, not so much Mallett.

You see, the Belichik way is a cold and calculated one. Remember cornerstone defensive lineman Richard Seymour? Hoodie, realizing Seymour had a little gas left in his tank, dealt him to the black hole of despair known as the Oakland Raiders for some an admittedly tantalizing first round pick. That’s not the point; the common theme here is that Belichik has shown time and time again, he’ll make the move of getting rid of a big name in the later stages of his career if he can get anything in return. Mankins was the latest example.  It’s a strategy that has worked in the past but largely due to the quarterback’s ability to compensate for the holes left by those departures (both offensive and defensive). Now the quarterback is flirting with the “trade now before it’s too late” alarm in Belichick’s head. Will it happen? Probably not. Could it happen? Ask Joe Montana.

How has all of this sat with the now sage boots salesman? Reportedly and probably predictably, not well. But here’s the kicker. Tom has made it crystal clear he doesn’t want to leave Foxboro, despite speculation stating otherwise.

Some may chalk that up to good team speak and leading by example. Some may even call it a business decision to make himself look even better in the eyes of potential suitors. Not me. Despite all it’s done to muddle with Brady’s final years, this is the organization that took a sixth-round flyer on a quarterback who spent most of his time at Michigan as a backup or sharing snaps; he won’t forget that.

This is the team he took to five Super Bowls. This is the fan base that rallied to Brady in Drew Bledsoe’s abrupt postseason exit in 2001. This is the quarterback that turned this franchise into a perennial powerhouse, and won Super Bowls throwing the ball to the likes of Deione Branch, Troy Brown and David Patten. This is also the quarterback who will go out kicking till they very last breath. It would only be fair if his front office provided him with some Scarface-level firepower to do so with.