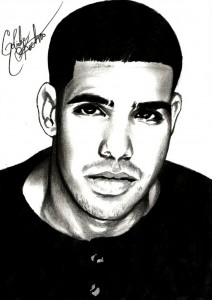 Basketball and hip-hop have long been intertwined culturally. And so it is with great irony I suggest Drake won the Raptors the Atlantic Division last season.

In the spring of 2013, the anticipation for Yeezus was unhealthy. I was on a college campus at the time, and as I was just saying to a buddy of mine the other day, the memories of Kanye’s four-year global takeover — My Beautiful Dark Twisted Fantasy, Watch the Throne, Cruel Summer, and _Yeezus_back-to-back-to-back-to-back — are inseparable from the whole of my college experience. I’ll never forget my Communications 100 lecture on the Wednesday after _MBDTF _was released; the dinner break working at the student-run newspaper where a co-editor pressed play on “Clique”; hearing the shrill, animalistic opening to “Mercy” everywhere that I went for months on end.

I say all this because right around the peak of Yeezus _build-up mania, Drake put out the first single from his new album, the insistent “Started from the Bottom.” What can only be described as a polarizing single — I’m not a huge fan; that is completely independent from my admiration for the pride of Canada — “Started from the Bottom” took the empty space in between _Cruel Summer and the summer of 2013’s start-studded lineup of expected LPs (Yeezus, Magna Carta…, The 20-20 Experience, etc.) and stuffed itself inside of it.

Similar to when “Mercy” dropped, I could not go to a single bar, party or venue without hearing Drake explain how often he argued with his Mother and how Drake dresses when nobody is paying attention. The difference? I still listen to “Mercy” frequently; and “Started from the Bottom” is unquestionably the most irritating song off Nothing Was The Same. But like so many other annoyances of American culture, it persisted. There it was — at the rec center when I was playing basketball; blaring off some guy’s headphones on the city bus; and in my class room, when my English professor would joke about hearing it on her way to work driving up from Syracuse.

The momentum of “Started from the Bottom” (and, to a lesser extent, “5 a.m. in Toronto,” to my chagrin, because it’s 100x better) lasted all the way until August. Then this fascinating, pop contraption dropped.

By the time Nothing Was The Same was released in September — alongside perhaps the best song off the album, “Furthest Thing,” which brilliantly captures the changing of the seasons: summer to fall; Yeezus (and the others) to Drake — the prophecy was written out. Kanye wouldn’t mass publish it until July, but Drake won the summer of 2013, and the year 2013 — Drizzy is on top. 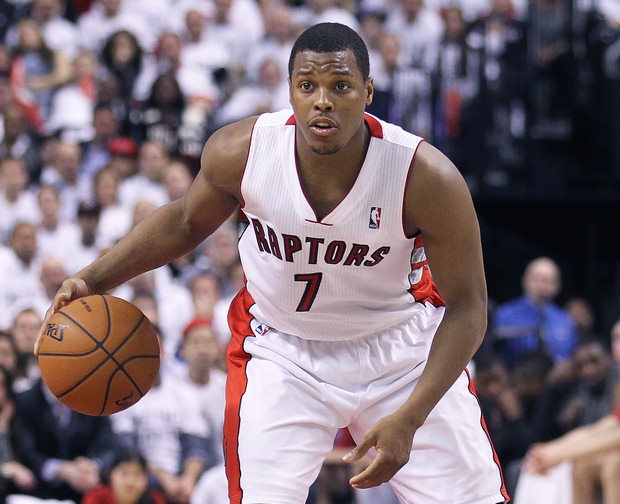 Kyle Lowry had the best argument for being an All-Star snub in 2014. Chances are the East will Take Care — oh yeah, I went there — of him on the 2015 team. (Photo taken by michalkajzerek)[/caption]

Well, that’s actually a pretty great moment. Still, Toronto has been a lackluster franchise since its inception in the mid-90s; before this past season, Toronto had secured only one division title in its history. But Drake was a busy man in Sept. 2013. Weeks after releasing his new album, the Raptors announced him as their (wait for it…) Global Ambassador (!). Creating a position for the sake of adding popular music’s most unlikely megastar to your executive staff?? GENIUS!

Coupling the addition of General Manager/Quentin Tarantino movie character-level negotiator Masai Ujiri to the franchise with bringing Drake on board was like if Vince Carter dunked over a 7-footer in the Olympics… and then played above-average defense within his team’s scheme for a full season! The Raptors had become relevant to the average young person AND exceptionally smarter about basketball operations in a matter of months!

All of these positive vibes led to a series of moves, namely the unloading of Andrea Bargnani and Rudy Gay, which revealed the Raptors as one of the deepest, smartest young rosters in basketball. Dealing two of basketball’s most ridiculous shot-takers was the equivalent of snow blowing away 25 pounds of dust and finding a pot of gold in the basement!! Attaboy, Ujiri!

While Masai Ujiri assembled much of this fantastic Raptors teams, Drake has been irreplaceable as a promotor for the organization. Toronto doesn’t have a LeBron James or Kevin Durant, players who carry mobs of fans and receive attention wherever they go. (Outside of basketball circles, Amir Johnson and Terrence Ross are only so interesting.) But that’s Drake’s job! And he’s really out there hyping up these guys!

The Raptors were no. 2 in offensive efficiency in the East last season after trading Gay on December 9, scoring 107.2 points per 100 possessions over 63 games. While its 41-22 record without Gay (4th-best in NBA) was a surprise, in basketball terms, it made a lot of sense. The Raptors had a true-shooting percentage of 55.2 without Gay, a Top 10 mark. That came up 3.2 percent (52.0) from the opening 19 games of the season, the same sized gap between the Dallas Mavericks (56.4 percent, really good) and the Sacramento Kings (53.2 percent, not very good at all, also Gay’s new team).

The basketball all too often would stick in Toronto’s offense with Gay, as the team was dead last in assist percentage (49.1) during the first 19 games of the season, per NBA.com. That number shot up to 60.6 percent over Toronto’s final 63 games, the eight-highest mark in the Association. The 11.5 percentage point gap between those two figures? Roughly the difference between San Antonio’s assist percentage (62.1) and, again, Sacramento’s (51.1 percent).

With Lowry in charge of the offense, Toronto whizzed passes around a deep rotation of multi-positional threats. Its most used lineup — Lowry/DeRozan/Ross/Amir Johnson/Jonas Valanciunas — played 708 minutes and posted a 64.4 assist percentage and 56.2 true-shooting percentage, both of which are easily Top 5 rates. Stick Patrick Patterson in for Amir Johnson, and over 128 minutes that unit scored 118.7 points per 100 possessions on a 58.8 true-shooting percentage. (Those numbers just stand for Do-Right-And-Kill-Everything, right?)

Even after one season, and a disappointing first-round exit to a veteran-led Brooklyn team, basketball fans understand what Toronto is up too. Surrounding Lowry, one of basketball’s toughest and sure-handed lead guards, with a collection of shooters, scorers and bull dog forwards is a recipe for success — offensively and defensively, where the team was a Top 10 unit all season.

The biggest secret on this team, however, is a player that Toronto brought back for a measly 2-year, $13 million contract extension this off-season. Greivis Vasquez, to date, is mostly considered a backup NBA guard who benefited in New Orleans from bloated minutes — to the tune of 9.0 assists per game in 2012-13. But Vasquez, all 6-foot-6, 200 pounds of him, was part of a deadly secondary lineup in Toronto — one that figures to play an even larger role in 2014-15.

To quote Drake: Just let that shit sink in…

Let’s turn that up another notch. Vasquez and Lowry shared the backcourt for 480 minutes after the Rudy Gay trade, and in those minutes, Toronto had an offensive efficiency of 111.1 while limiting opponents to 96.2 points per 100 possessions. That’s unreal. The Raptors were playing Joakim Noah/Chicago Bulls defense and scoring like the Dirk Nowitzki/Dallas Mavericks whenever they shared the court.  These lineups would play a bit faster than Toronto’s starters (96.4 possessions/48 minutes) and rebounded the basketball at an absurd rate: 55.3 percent, which would blow out any team in basketball.

Now Vasquez isn’t single handily responsible for these mutant figures. Similar to the Nick Collison argument in Oklahoma City, which suggests the Thunder are at their best whenever he is on the floor, numbers only tell part of the story. But with that said, Vasquez’s unique combination of height and vision allow Lowry to play off the ball without having to guard opposing 2-guards. The quartet of Lowry/Vasquez/DeRozan/Johnson was murderous last season in fairly limited time, but with a full off-season to look back on the numbers, I would be absolutely shocked if Vasquez isn’t used like a sixth-man this season.

Toronto goes 11 deep now with Lou Williams on board, James Johnson as a lengthy wing defender off the bench and Patterson, Psycho T and Chuck Hayes holding down an underrated total front court. The Raptors may be devoid of a superstar talent _on _the court, but the team’s superstar executives have placed a superb collection of pieces together for the upcoming season. While New York and Brooklyn struggle to find their identity, and/or overpay their personnel in an attempt to procure one, and Boston and Philadelphia float around no-man’s land, the best team in the Atlantic is in great position for its greatest season in franchise history.

And they are on their WORST behavior.