So with every team having played at least eight games, now is as good a time as any to take a look at the front-runners for the end of the year accolades, and some not-so savory awards of my own. Keep in mind that these were written before the conclusion of this week, so the performances and results of week 10 will not factor into this decision. 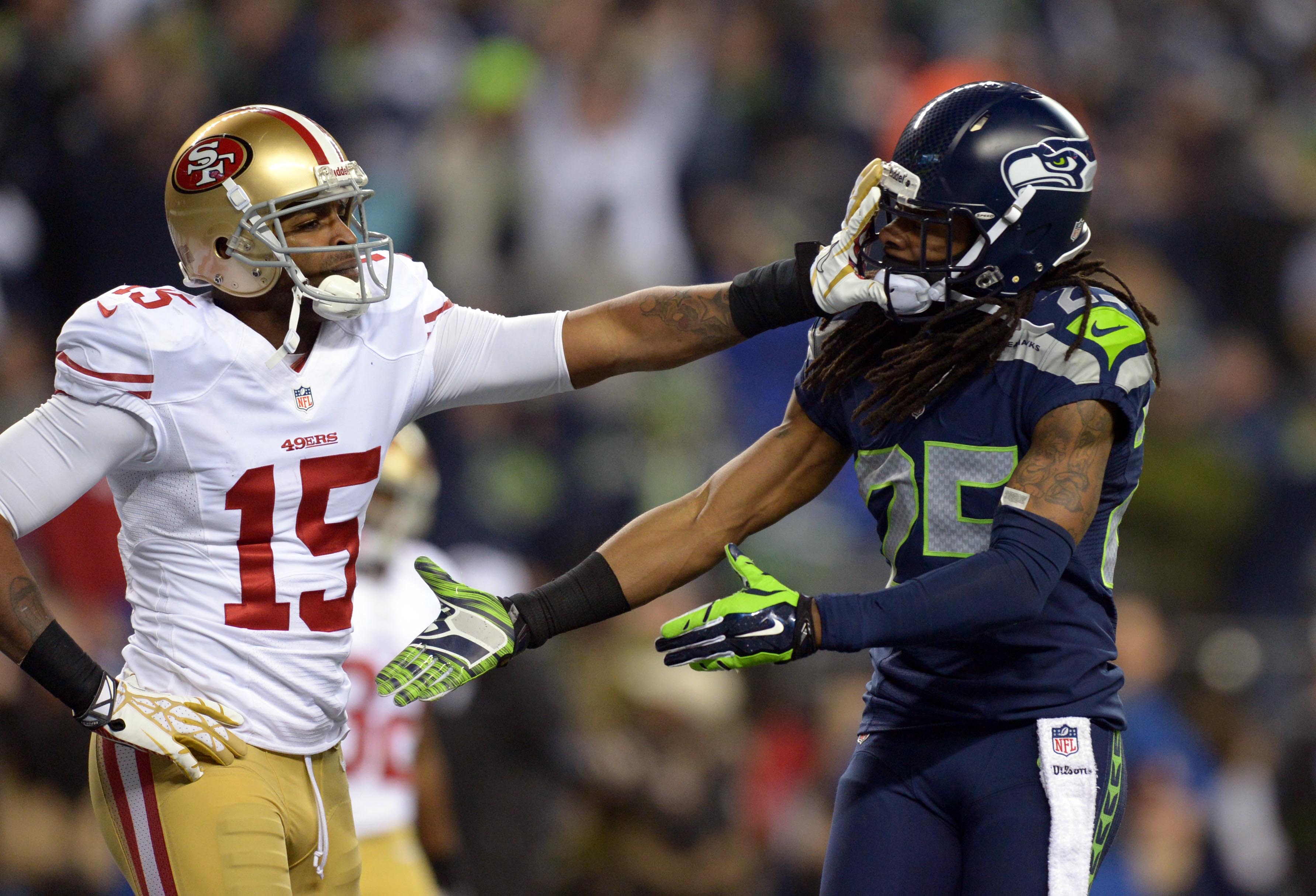 The idea that Michael Crabtree was an “all-time” receiver never resonated with me. We all know what he was at Texas Tech; a redshirt freshman phenom who took the world by storm in 2007 and then set it on fire when he did this to Texas in 2008. He began his career inauspiciously enough with a holdout before playing a single snap. He then proceeded to struggle mightily with Alex Smith under center between 2009-2011. He caught 175 of 301 targets good for a catch rate of just 58.1 percent. In 2014 (through November 4th) that would place him 46th in the league amongst qualified receivers. In the NFL he’s had just one season of 1,000 yards or greater, and that came back in 2012 when Colin Kaepernick wrestled the starting spot away from Alex Smith.

2014 hasn’t seen any improvement for the former 10th overall pick. Through half a season, Crabtree has caught 37 passes for 362 yards and three scores. Andre Ellington, the starting running back for the division-rival and division-foe Cardinals has 32 receptions for 313 yards and two scores. Yikes. Not all blame can fall on Crabtree’s shoulders; he is after all coming off a season in which he missed 11 games with a torn Achilles and Colin Kaepernick has had some bouts with inconsistency halfway through the 2014 campaign. That said, Crabtree’s done nothing to disprove his most vocal critic.

I swear this article was not penned by Richard Sherman. Following both the former and 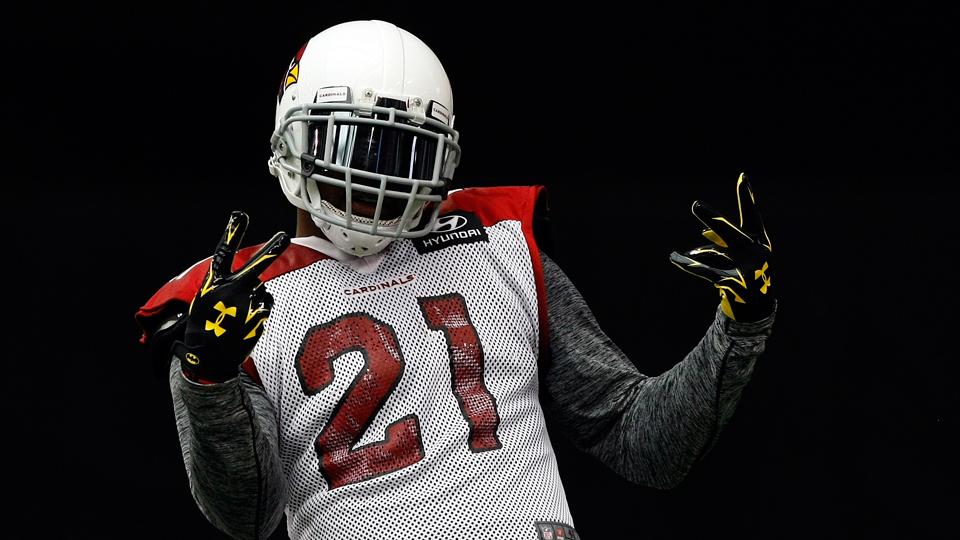 “I’m gonna give up this many touchdowns” Photo: Rick Scuteri/AP Image via since1898 at blog.azcardinals.com, the official site of the Arizona Cardinals.[/caption]

Peterson getting massive contracts in the offseason, there was much debate about who was better. Peterson hasn’t looked the part in what entering week 10 is the worst secondary in the league in terms of yards allowed per game. He was destroyed by Demaryius Thomas in the Cardinals’ only loss of the season back in week five. In the first five games of the season, Peterson gave up four touchdowns. At the onset of the month, quarterbacks had a rating of 132.7 when targeting a receiver covered by Peterson. That’s not bad, that’s horrendous. Now Peterson can hang his hat on largely shutting down Dez Bryant last week against Dallas, but keep in mind it was Brandon Weeden, not Tony Romo passing him the football in that game. Still, anything positive is good for Peterson’s confidence moving forward. With eight games still ahead of him, perhaps the second half of the season will net better results, but for now Peterson takes the cake for most overrated.

Before the Dolphins’ week four match up with the Raiders, Joe Philbin wouldn’t rule out the the idea of benching Ryan Tannehill in favor Matt Moore at some late date. If the current trend continues Philbin’s hat should be in the ring for the coach of the year award. Making it known that he was upset with Philbin’s lack of confidence in him, Ryan Tannehill has been a changed quarterback since his starting job was threatened. From the Oakland game on, the Dolphins are 4-2 and Tannehill has a stat line of 108/158 (68.4%), 1,283 yards, 10 TDs and four interceptions good for a QB rating of 108.4. That’s quality work, and while Tom Brady, Andrew Luck, Peyton Manning and Ben Roethlisberger are lighting up the NFL and stealing the headlines, Tannehill has very quietly led his team into the midst of the playoff hunt. 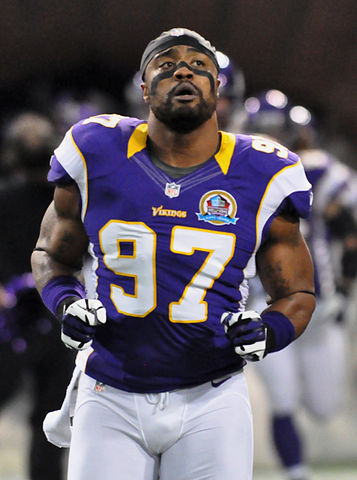 Members of the media and the NFL community were stunned when the Vikings handed Giffen, who had just one prior start in the NFL, $42.5 million over five years. Griffen has more than repaid them to this

point. Through nine games Griffen has as many sacks, and has been on a tear of late, recording at least one in his last five games, with eight total coming in that stretch. You can see why the Vikings were willing to let aging pass-rushing fiend Jared Allen walk. The coaches were privy to Griffen’s development and paid him accordingly. Though the Vikings may be a lost cause this season, expect the 26-year old Griffen to be a piece in the years to come, something that bodes well for Mike Zimmer and his young defense. 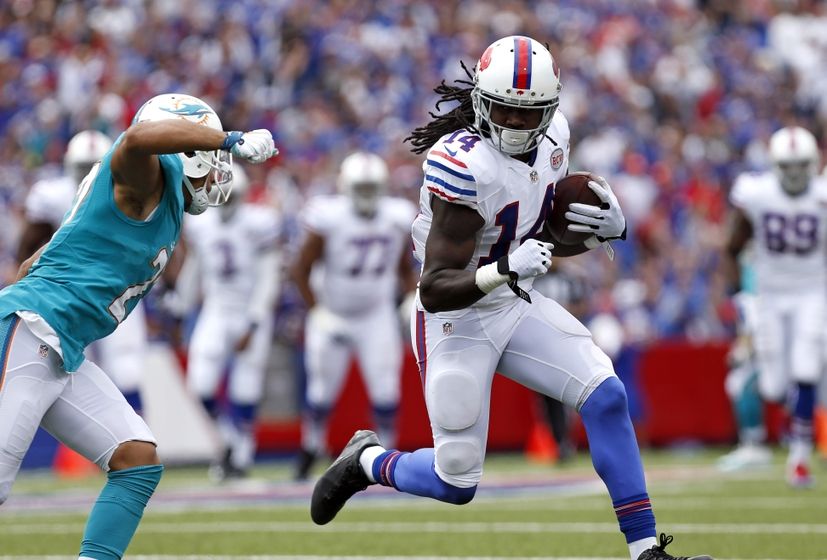 This one was pretty much a toss up. Kelvin Benjamin has been nearly as impressive as Sammy Watkins, but the former wins it out due to the fact that he’s just been a bit better in one less game played. Consider the following numbers:

That puts the pair rookie receivers on pace for the following stats at the end of the year: 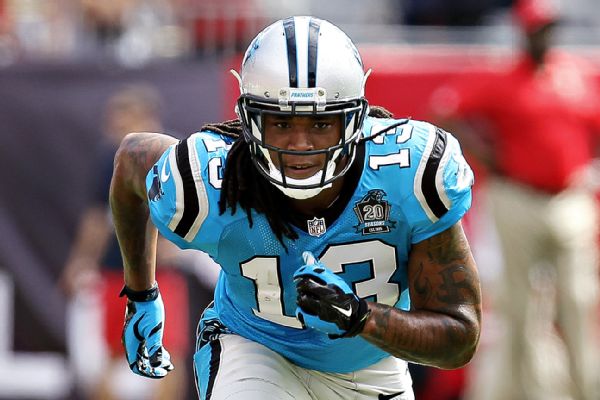 Can you guess who’s who?

If you know the record of both teams, you can probably infer that A is Benjamin and B is Watkins. The Bills have two more wins than the Panthrs so of course the numbers in wins will favor Watkins, especially considering that Carolina only has three on the season. With that said, it’s showing that Watkins is doing more to help his team win than Benjamin. That may be in large part due to the fact that the Bills have a better team than the Panthers, but Watkins isn’t just tagging along in wins. He’s winning them. That’s the difference between the two. While Benjamin has made his fair share of highlight reel plays this season, Watkins is making them when they count. Advantage Watkins for now. 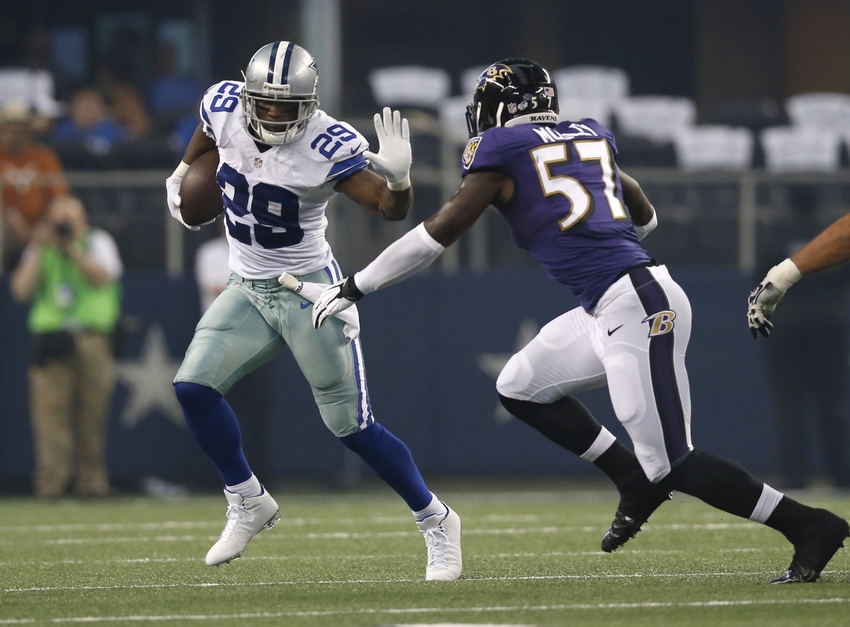 Even DeMarco doesn’t want any of that. Photo: Matthew Emmons-USA TODAY Sports[/caption]

The top of the 2014 defensive rookie class has been a disappointing one by and large, mainly due to injuries. Players like Jadeveon Clowney and Ryan Shazier have missed a large amount of time due to injury. Khalil Mack and Anthony Barr have played well in spurts, Barr especially with a game-winning play of his own, but both have looked like rookies for extended stretches. That’s acceptable, but not if you’re trying to win Rookie of the Year. C.J. Mosley has the look of a battle-tested veteran. Heading into week 10, the ‘Bama ‘backer is third in the NFL with 85 tackles. Adding onto that impressive tackle total is the fact that Mosley has a four tackles for loss, a forced fumble, a fumble recovery, six passes defended and two interceptions. That’s downright impressive. Kyle Fuller ranks a somewhat distant second with his impressive play to start the season, but Mosley’s been more consistent and more beneficial to the teams’ consistent success.

This one’s easy. I won’t give Murray MVP because he’s on a team with Dez Bryant, Terrence Williams, Jason Witten and Tony Romo, but I’m certainly willing to give him the defensive player of the year award.

Murray has been nothing short of sensational through nine games, rushing for over 100 yards in eight of those contests, and gaining over 90 scrimmage yards in all nine. On pace for 2,014 rushing yards, it’s not quite Dickerson or AP-esque, but his presence as a receiver more than makes up for it. With 30 catches for 250 yards he’s on pace for 444 receiving yard and 2,458 total yards on the season. That’s an average of over 150 scrimmage yards a game. The one knock on Murray’s game is his propensity to fumble. Through week nine he has five fumbles, and has lost all five. As long as the touchdowns continue and fumbles are limited, there really isn’t a competitor for Murray’s spot here. The Cowboys would be wise to monitor his workload moving forward; Murray has never played a full season.

Betcha both of his feet are on the ground. Photo: Getty Images[/caption]

Save for an injury, this may be the earliest an end-of-the year accolade has been decided. Watt has been a machine this year, recording 8.5 sacks, five stops for loss, one forced fumble, three fumble recoveries, one blocked kick, one interception, and three touchdowns (one fumble recovery return, one interception return, and one receiving touchdown). It’s at the point where the teams have no answer. Watt is consistently doubled by opponents and yet he still finds ways to disrupt offenses. His consistent ability to dominate is consistent with those who are now in the hall of fame. If he can stay healthy, this award will not be his last.

We’re in for a great race in this one. Brady gets the nod for now because he’s done the most with the least (relatively speaking). Now don’t get me wrong, Gronk and Edelman 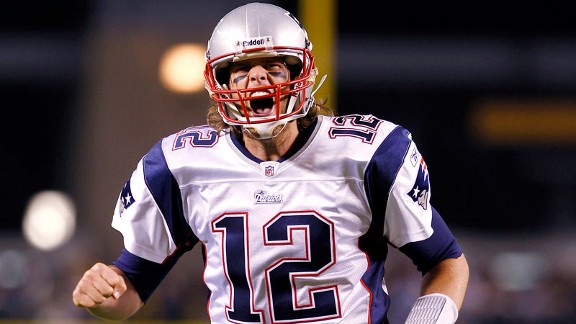 “Peyton! There can be only one!” Photo: Joe Robbins/Getty Images[/caption]

are certainly not chopped liver, but up until very recently Brandon LaFell has been nothing more than a mediocre receiver. Tim Wright was a little-know bench player in Tampa Bay, and Danny Amendola nearly had as hard a time catching passes as he did getting on the field. The beginning of the year was a slow start for Brady and co, yielding a 2-2 record with number struggling to connect with anyone outside the Gronkelman combo. Following a ferocious blowout at the hands of the Kansas City Chiefs-one that had many declaring the Brady-Belichik era dead and buried, Brady awoke. Five games later, the Patriots still haven’t lost and Brady has tossed 18 touchdowns to just one interception. Brady’s lowest quarterback rating in that stretch is a 97.4. Adding to his resume is the fact that Brady went toe-to-toe with the then hottest quarterback in the league in Peyton Manning and outclassed him by two touchdowns and one less interception. With the Patriots owning a 7-2 record and the head-t0-head over the Broncos, there’s little choice but to give Brady his due.