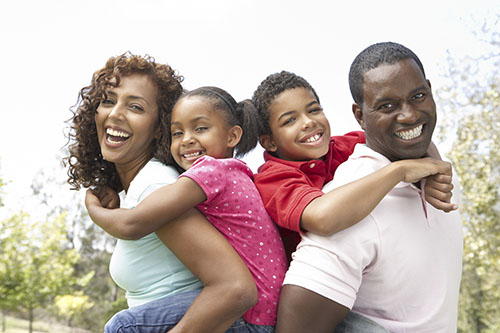 The 1967 film Guess Who’s Coming to Dinner can be defined by its slow pace and carefully written dialogue. From the affectionate speech given by Spencer Tracy’s character to Beah Richards’ character proclaiming that old men forget the passions of early love, a lot of wise words are said during the final scenes. But today nothing rings more problematic than the words uttered by Sidney Poitier’s character: “You think of yourself as a colored man, I think of myself as a man.”

If you have not seen the film (it’s on Netflix, so get on it), Guess Who’s Coming to Dinner follows a white family coming to terms with their daughter dating a black man. The words quoted above were said during an intense argument by Poitier to his on-screen father. His father refuses to approve the upcoming marriage between Poitier and a young white woman claiming that he did not work so hard for his son’s success so that he can throw it away. Sound ridiculous? Well let’s just remember the racist bullshit bi-racial couples had (still have) to go through in the late 60s.

Poitier’s response? “You and your whole lousy generation believes the way it was for you is the way it’s got to be. And not until your whole generation has lain down and died will the dead weight of you be off our backs!”

As I watched the third episode of ABC’s Black-ish, I remembered Poitier’s famous declaration and it struck me that those words are relevant today. Are we colored? Or are we human? ABC seems to have taken on those questions simultaneously with their premieres of Black-ish and How To Get Away With Murder.

In Black-ish, Andre (Anthony Anderson) is the father of a successful African-American family in a predominately white and upper-middle class suburb who struggles with the cultural identity and seemingly “whiteness” of their children. Tracee Ellis Ross is Andre’s half-white, half-black wife, Rainbow, who bakes chicken to her husband’s dismay.

Even with Laurence Fishburne on as Andre’s father, many were skeptical before the premiere. I myself raised an eyebrow at the colorful flyers splattered all over the L train. The name itself implied that something is missing, half-assed. But the pilot proved that this show was genuinely using comedy to directly tackle deep issues of racial identity.

Andre’s son Andre Jr (Marcus Scribner) plays field hockey and wants a bat mitzvah; the rest of his children were unaware that Barrack Obama is the first black president. The “struggle” of childhood for Andre’s children is vastly different from his challenging upbrinigng in Compton, but the show has so far followed his realizations that it doesn’t have to be the same way for his children. His experience does not have to become the dead weight Poitier described.

Black-ish, however, leaves a lot of questions unanswered, partly because there are no concrete answers or because the answers are always evolving. What is black culture? We have been fed the image that black culture is restricted to the the goings-on of the hood, but what does that mean for black families that have transcended that environment? Is there room for swag in the picture-perfect American dream? In the pilot episode, Andre is promoted to a urban division A.K.A. a position “in charge of black people stuff,” and when he pushes the boundaries by presenting his company with a stereotypical violent depiction of blackness his white coworkers are scared. Because in 2014, nobody wants black — they want the Miley Cyrus or the Cara Delevingne-with-cornrows-version: toned down and harmless.

The ending of the third episode repeated a term that I had been reading about all week. After attempting to educate Andre Jr on basic black behavior such as the nod (acknowledging another male of the underrepresented groups by a slight nod) and the butt thing (appreciating a nice booty by a scrunching of the face as a woman passes by), Andre concludes that it’s okay for his son to be into different things. For his son, “Nerd is the new black.”

Is this the new black that Pharrell described in his controversial interview with Oprah? “The New Black doesn’t blame other races for our issues. The New Black dreams and realizes that it’s not pigmentation: it’s a mentality and it’s either going to work for you or it’s going to work against you. And you’ve got to pick the side you’re going to be on,” Pharrell said. Raven Symoné received a lot of criticism this past week for her statements in another Oprah interview stating that she does not label herself an African-American — that she is simply an American and that in her definition an American is colorless.

At a minimum, these statements by both Pharrell and Symoné take us back to the ongoing debate on the harmful nature of labels and how they are used to define a group of people that often have little in common. Today, Pharrell’s comments dismiss the current experience of the protesters at Ferguson. Symoné’s argument can be easily destroyed by pointing at the work of racist publications by the American Renaissance Foundation and by the simple fact that she is using the American label to negate the African-American one. The American system has always operated with racially based labels, otherwise the Ohio lesbian couple with a bi-racial child would not have identity issues and rude awakening about white privilege.

The makers of Black-ish might not have intended to associate themselves with the confusing usage of the creation of the label New Black but it sends mixed messages. On the one hand, the characters are trying to pay homage to the experience of past generations of African-Americans by educating their children. But by describing the current black experience as new, they are ignoring the past and creating an unnecessary division. Black, White, Latino, Asian — all of these labels are evolving (in the states at least) in a way that does not limit their entire existence to pigmentation. This is what Poitier refereed to when he expressed that he thinks of himself as a man and, I would add, a man of color, not a colored man.

How To Get Away With Murder comes in and (so far) has not addressed the racial elephant in the room. Viola Davis plays Annalise Keating, a twisted and fantastic criminal defense lawyer and college professor. Keating is black, but not by American television standards where her character might be expected to behave with a lack of education, ignorance and black media stereotypes such as the mammy archetype (which she has played in The Help). No, Keating is a complex, intelligent woman in charge with a high libido and grey moral compass. To New York Times writer, Alessandra Stanley, she is just another angry black woman, specifically the spitting image of producer Shonda Rhimes who, as it has already been pointed out, did not write the show.

The way that the How To Get Away With Murder treats Keating, her character could be supernatural, or a scientific creation for all we know. By not addressing the effect of her skin color in her personality, the show is taking an even bigger stance in the overall message. In television and film only the ethnic minority are dissected solely based on race, and How To Get Away With Murder _is making it a lot harder to do that. Sure, the show is suspenseful, at times disgusting; it glorifies the courtroom but it also refuses to explain to the skeptics how an African-American woman is on top. Both _Black-ish and How To Get Away With Murder take us a step further into balancing the field of black representation in television by portraying two different and real experience of blackness.