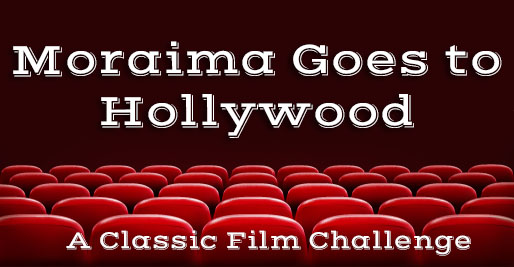 I hear you whispering, what is a classical movie? Nobody really knows. Some say a classic film has that it factor that makes it so likable that for a brief moment it unites both critics and the general audience, movies such as The Shawshank Redemption.

But released in 1994, The Shawshank Redemption isn’t your typical classic film, you know those films that have everyone who’s anyone throwing words like “redefined cinema” or “masterpiece” around in unison. I’m talking about the Citizen Kane’s (1941) of the world produced in the era of the Hollywood studio system and it’s unnecessary Production Code (A.K.A. extreme censorship) between the 1930s and roughly the ending of the 1960s. Although Citizen Kane was a financial failure it is considered one of the most influential films in American cinema, and anyone who seriously enjoys movies will rant about it even though they most likely fell asleep watching it the first time. It’s genius, sure, whatever.

I’ve always been skeptical of the so-called classic American film and it wasn’t until recently that I started to understand why. My demographic, the immigrant Latina, has never been fairly represented, and I simply cannot get into the hype of Breakfast at Tiffany’s (1961)or Gone with the Wind (1939)because it was not made for me. It is clear that at the time the studio executives and creators of these movies could not care less if someone like me ever watched their work, and that’s fine.

I’ve watched a number of these movies solely for educational purposes but with the exception of Alfred Hitchcock have rarely found enjoyment in them (maybe because he was British?). When I think about it, foreign movies like The Bicycle Thief (Italy, 1948) and Nosferatu (Germany, 1922) have had a profound impact on my relationship with cinema, but I can’t say the same about an American film created prior to the 1970s. The Hollywood machine produced a whole lot of homogenous material from the 1930s to the 1960s, most of which I have not ever cared to watch; but how can I seriously say that I love cinema without at least giving those movies a try?

Here begins my January Classical Film Challenge in which I will keep an open mind to softening up my view of Hollywood and all it’s bullshit. For the sake of the challenge, I will only watch movies released before 1965 but don’t worry — I won’t delve into the silent era (shout out to Buster Keaton and Charlie Chaplin, though). I know no one in 2015 can really handle that. I’ll be exploring the following:

The biggest complaint from old school Hollywood lovers is that “movies just don’t have the same quality anymore.” There is no doubt that currently there is an obscene emphasis on special effects and creating celebrities out of mediocre actors (See: Twilight (2008) and the awful Kristen Stewart) but in recent years we have also seen some of the most brave filmmakers not afraid to attack and explored uncharted territory (See: Spike Lee’s (1989) Do The Right Thing). I’ll be paying close attention for this infamous “quality” that we are missing.

Hollywood is responsible for the unfair image of women and underrepresented groups such as the Native American and LGBT communities. The negatives images of a group of people have always affected my enjoyment of any film and to excuse that disregard for the human experience as art is damaging to everyone. I don’t expect to see a lot of diversity in these movies but I will especially watch out for the irresponsible portrayal of racial and gender based stereotypes.

Call me a nerd but history is fascinating. It’s even more fun to analyze what was shown on screen during huge parts of our history and it’s impact in society. For the sake of my image, I’ll try to keep these episodes of geeking out to a minimum.

Let’s start 2015 by looking back. Check back every Tuesday and Thursday for a new review.